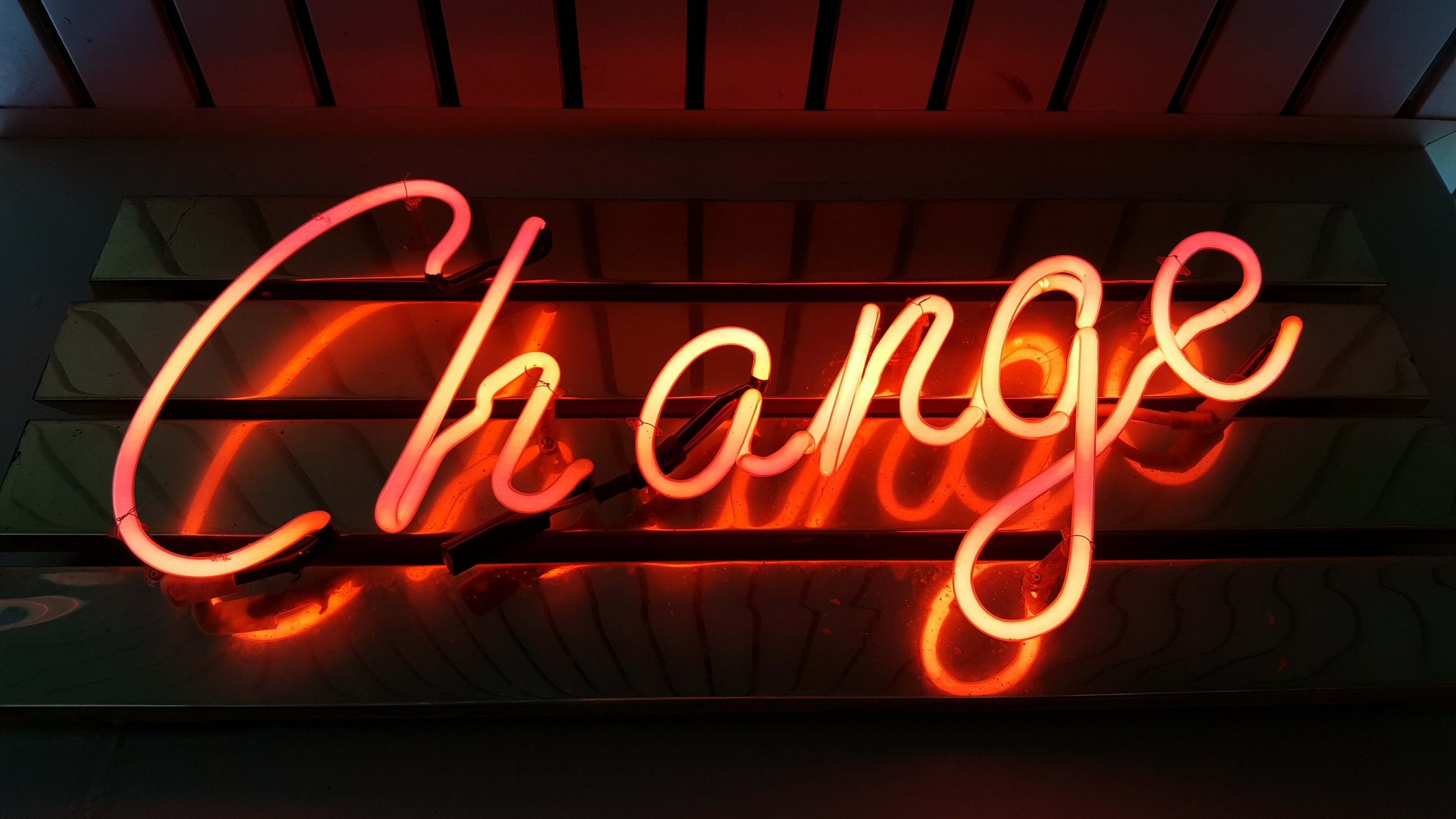 Not long ago I found myself in a familiar place with tab after tab open to Reddit.

Perhaps you can relate?

The subreddit with the most opened tabs was Get Disciplined. Unlike a lot of Reddit, it isn’t a total waste of your time.

Get Disciplined is a community that provides encouragement, support, and advice for people trying to do better and be better.

It’s inspiring to read stories of people sharing who they used to be and how they overcame their weaknesses.

In an ironic moment of inspiration while browsing Reddit I wrote in my journal:

But wouldn’t it be great if that’s all it took to change?

All you had to do was say to yourself to stop wasting your evenings on YouTube and Netflix, and start working on that business you’ve been thinking about.

95% of the time we don’t do anything towards achieving our dreams. Why? What’s going on?

It’s time we admit that change is easier said than done.

For I do not understand my own actions. For I do not do what I want, but I do the very thing I hate. . . Wretched man that I am! Who will deliver me from this body of death?

Doing the very thing you hate. There is a level of self-loathing there I relate to.

We want to eat well, but we choose junk food again and again.

We want to learn a new skill, but in our free time we watch Netflix, play video games, or browse Twitter.

This recognition of the disconnect between what we say we want and what we actually do is critical. It’s an uncomfortable revelation.

For many, the prospect of change looks impossible. When we move towards change it’s one step forward and two steps back.

But for some change appears to come upon them in an instant like a bolt from the blue.

The slow burn and the forest fire#

Imagine the difference between a slow-burning campfire and a forest fire.

The campfire could go out because of damp wood or howling wind. It requires tending: adding fuel and waking up to stoke the dying embers.

If the flames may die it requires effort to get it burning again.

Then there’s the forest fire. The conditions are right: it hasn’t rained for weeks and the forest floor is dry as a bone.

All it takes is a single spark to set it alight, and it consumes everything in its path.

One goes to recovery programs and takes two steps forward but 3 steps back. At times they seem to make progress, but then fall flat on their face and relapse. The falls can be so great they seem as if they are even worse than before.

The other alcoholic says they’re giving up drinking and does. Just like that, as if by magic

Those who are able to change and not look back are like the forest fire. The conditions of their life are ripe for transformation.

I’ve heard of people giving up smoking in an instant because of the birth of a child or grandchild. Think of the grandfather given an ultimatum by his daughter: give up smoking or you won’t hold your grandchild.

Other’s face the prospect of an early death from their bad habits, and change when faced the reality of not being able to see their children grow up.

That’s why change can be easier said than done. Even when people are able to change in a moment there’s often more going on than meets the eye.

Could you engineer similar circumstances for yourself? Perhaps but perhaps not.

My point is that most of what we think as people changing in a moment’s notice isn’t.

The first method of change is more common: change by fits and starts. One step forward, two steps back. Change that requires tending and management and patience.

When undergoing any sort of change it can be hard to see the differences, but it’s a long term process.

Take working out as an example. From day to day you can’t see your progress. You don’t seem to get more fit.

From one day to the next the changes are so minor that you can’t see them but suppose you go 6-12 months without seeing a friend. For them, the change would be stark.

The incremental changes you couldn’t perceive become a transformation over a longer time frame.

Missteps that you thought were holding you back were nothing but bumps along the way.

The pickaxe and the dynamite#

This past year I got to visit the Hoover Dam. It’s an incredible feat of engineering, and I don’t doubt it will survive for a long time.

Sometimes the things holding us back from change are like that dam. On the other side is the transforming waters, but the only tool we have to work with is a pickaxe.

Now, a pickaxe isn’t exactly an efficient way to tear down a dam, and you might give up long before you break through.

But maybe after a long time of working at it, there’s finally a small crack.

At first, just a little bit of water dribbles out. It’s a small puncture, but it keeps you going.

And so you keep swinging your pickaxe and chip away bit by bit.

The river runs its course.

Tearing down a dam with a pickaxe takes a long time and a lot of effort, but it is possible.

Imagine a second scenario: instead of a pickaxe you have a box of dynamite. How fast do you think you could get through the dam now?

There would be less of a small drip like with the pickaxe and more a tsunami. The destruction would be total and immediate.

The process of change can be like either of these scenarios.

For one person it is an exhausting process akin to tearing down a dam with a pickaxe.

A person trying to do such a feat is likely to give up before breaking through to the other side. Or they might see a trickle of water and keep at it.

For others, everything in their life has aligned in just the right way like dynamite placed on the dam. The explosives go off and the waters rush through.

The key is to remember that even for the person who seems to change in an instant there was already groundwork laid.

Seth Godin talks about the conflict between our lizard brain and our higher, rational mind.

The lizard brain wants you to stay comfortable. It’s the part of you that wants to be safe and well fed. It doesn’t understand self-development, it only understands fear.

It fears going hungry. It fears being ridiculed and ostracized.

Godin put it like this in his book Linchpin:

The lizard brain stands by, jumping into action whenever basic survival needs are at stake.

The problem is in the modern world our basic survival needs are hardly ever at stake, but the lizard brain doesn’t know that.

And so, the conflict. The conflict between what feels good now and what we ought to do. This explains how someone with throat cancer can persist in smoking, or how an obese person who clearly knows better can persist in eating “just one more doughnut.”

Mastery of ourselves requires mastery of our lizard brain. When our anxiety shoots through the roof we have to remind ourselves we aren’t in mortal danger.

We can choose what we ought to do, but it isn’t always an easy choice to make.

We are fighting a war. A war within ourselves and a war without.

Our enemies want to prey on our weaknesses. Their weapons take good desires and warp them into something monstrous.

Social media takes our desires for connection and transforms them into a desire to be seen as something we are not by thousands of people we don’t know.

Fast food takes our desire for nutrition and destroys our bodies with foods far fattier and richer than we should eat regularly.

The soft drink manufacturers take our thirst and quench it with sugary chemical concoctions.

Dating apps like Tinder take our longing for love and remove the effort of actually trying to win a spouse. If we can have another date without effort, why waste time on working through issues?

Do you wonder why change is easier said than done? Why it comes in fits and starts?

Because modern life is arrayed against us. The entirety of our culture is set up for encouraging one thing: consumption.

We must resist with all we have, but we shouldn’t resist without knowing we’re fighting an uphill battle.

If change doesn’t come overnight we shouldn’t be surprised, but we should redouble our efforts. We have a war to win.

We must get our minds and our bodies ready for the change.

What else can we do?

Naval is right. Those of us who desire to improve our lives are having to summon inhuman amounts of willpower. We’re having to want it more than any generations before us.

Not because our lives are so much more difficult than theirs. No, it’s quite the opposite. The life of the modern person is far from difficult, it’s easy. Too easy.

Our options too many, the pleasures of life too available.

An ancient man would blow out the candle and go to bed when the sun went down, but modern man can light up the night with endless entertainment.

Our ancestors went without: fatty foods were a rarity, sugar an unknown luxury.

Our pantries and are filled to the brim with foods richer than anyone could have imagined 500 years ago.

The availability of endless entertainment and junk food isn’t the only problem: it’s the incentives others have to get us to consume both. The marketers and are looking for just the right ways to trap us.