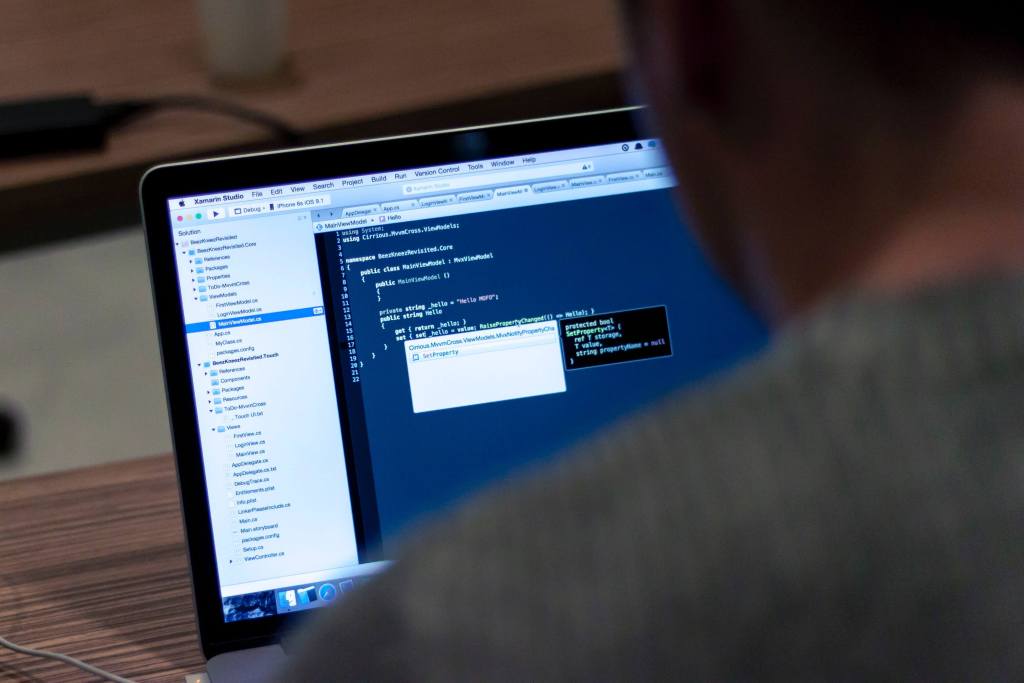 The title of this article is unashamedly clickbait. My transition to working full time in the tech world wasn’t quite that fast… but it was close.

In this post I’m going to guide you through how I got to where I am as someone who has no relevant degree in programming.

I come from what you might call “a non-technical background.” I don’t have a CS degree, I have a degree in theology from a Bible college. My master’s degree is in divinity.

So how did I get into web development?

It all started in the fall of 2014. I had been studying Bible and theology since 2008 at that point, but the truth was, I felt dry: I wanted to learn something new. For some reason (I can’t recall why) I had an interest in programming. I didn’t really know anyone who was a programmer, and I wasn’t even familiar with Silicon Valley or the emerging tech economy.

In fact, I wasn’t even really thinking about this field as a job. I just wanted to learn something new.

And so I started to search for ways to learn programming, and I came across two resources:

Codecademy, if you don’t know, is this lovely little site that teaches you how to code interactively in the browser. It was exactly what I needed at the time.

It allowed me to get my feet just a little bit wet. To feel the power that programming can offer you, and really the joy you can derive from creating something.

LPTHW was the kick in the butt I needed to understand that programming isn’t an easy path, but if you put in the time and effort the results can be rewarding

At some point I started to day dream about the possibility of actually working in the technology industry. I started to imagine myself working at some start up in Silicon Valley building the next Facebook or Twitter, and I started to wonder what it would take to get the skills to do that.

So, I started exploring options. How could someone with no technical background break into tech?

I looked at bootcamps but the price was out of reach for me at the time, and there was also the fact that I wanted to finish my master’s degree. I looked at post-baccalaureate options, but that didn’t seem like a good option, either.

Well, in my research I came across Code Louisville, which, according to the website:

That sounded pretty good to me.

Also, around the time I was looking into Code Louisville President Obama came into town, and actually touted the importance of the program for educating Louisville.

I was sold at that point, and so I applied to be apart of the program in March of 2015. I was lucky enough to get into the July 2015 cohort.

Being apart of Code Louisville I had access to Treehouse so I spent the next few months between getting accepted and when the program started learning everything I could on Treehouse to prepare myself for the summer.

Give me the summer#

I told me wife: “honey, give me 3 months to really learn this web development thing and I’ll get a job doing programming.” Can you imagine being so naive? I don’t have to imagine it, I was that naive!

I threw myself into the task of learning: I watched just about every course I could on Treehouse, read every article I could find, listened to every podcast, and just generally immersed myself in web development over that summer.

Part of Code Louisville is that you have to build a project which brings together what you’ve learned. I started off building a simple website, but quickly scrapped that idea because I thought that everybody was going to be doing that, and I didn’t want to do what everybody else was doing.

Around that time I took a course at Treehouse on Node.js. The idea of running JavaScript on the server really fascinated me, and I decided that whatever project I did, I wanted it to use Node.

So, what I came up with was a project I called Clean Craigslist. What it allowed you to do was to search Craigslist, and it would then return your results in a format that didn’t… look as crappy as Craigslist does. The reason I used Node was because I needed to scrape Craigslist for my search results.

I poured everything into this project. I spent 30-40 hours a week working on it, and looking back on it I’m not entirely sure why it took me as long as it did. But it did.

Code Louisville is excellent at giving you resources for your job search. They help you write a resume when you have no real technical background, they help you set up your LinkedIn account, and generally get a job in tech. That was hugely beneficial for me.

I actually only applied for 3 jobs:

One, at CBS Interactive they told me to reapply once I knew a backend language.

Two, at UPS where I accidentally clicked that I would need a visa sponsor. They basically cut off my application at that point, and I couldn’t figure out a way to finish my application.

Three, at the company I work at now, Louisville Geek.

I wanted to get this job interview thing over as quickly as I possibly could so I scheduled the very first available slot: Tuesday, August 25th at 9am.

I showed up 30-45 minutes early even though I live about 7 minutes from where Louisville Geek’s offices are. My heart is beating faster just thinking about it!

I thought the interview went… poorly. It lasted about 30 minutes which felt far too short to me, and they also somehow mixed up the time (I have the emails to prove it 🙂 ) so they weren’t fully prepped with questions.

I left feeling like it didn’t go that well, at all. But I thought “at least I got some interviewing experience!”

To my surprise I got a follow up email, and they wanted me to send them some of my work! But I didn’t have any work…

What I did have I sent to them. That website project I had scrapped? I put it up on GitHub pages and sent to them.

Also, at the time Code Louisville filmed a video of you talking about your project, I sent that to them, as well.

And I got a callback. And to my surprise, I got offered a job.

Everyone’s journey into the tech world is different in some way, but I think everyone has something they can teach us. I hope my story is no different for you.

You just need to get in front of a hiring manager and demonstrate your passion and unique giftings, especially as someone coming from a non-traditional background.

I really thought I could get a job in a summer. I believed it.

I didn’t know those things so they didn’t have a chance to hold me back.

Don’t believe the doubts. Be naive and press forward because you only need one shot to prove yourself.

Part of what helped me was I was able to immerse myself into the community of Code Louisville where we were all trying to do the same thing. That was hugely helpful to me because it gave me both support and motivation.

Where I’m at now#

At some point I’m gonna return to this story and write a part two about where I’ve been since this point, and what I’ve learned, but for now this will have to do.